Aksiom opens the 2022 season with a chamber concert at Caféteatret in Oslo!

We were set for celebrating our 10-year anniversary last December, but the concert got postponed till May, and instead of postponing it yet another time, we recorded videos in Grønland church, of the two works for a full-strength Aksiom: Martin Rane Bauck’s “Irrganger” from our debut concert in 2010, and our 2014 comission from Johan Svensson, “Shiver”.

Today, we’re presenting “Irrganger”, first performed in the very same church on October 2, 2010, in collaboration with Ny Musikk. “Shiver” will appear straight after the summer!

We are happy to announce two concerts during the darkest weeks of the year:

The 10-year anniversary combines old hits from the repertoire with newer pieces: Matilda Seppälä’s Frammentario (in a new version for Aksiom), Marina Khorkova’s a_priori, Salvatore Sciarrino’s Trio no. 2, Johan Svensson’s Shiver (from our CD), and Martin Rane Bauck’s Irrganger, from our debut concert in 2010.

In January we will finally perform Klaus Lang’s hour-long missa beati pauperes spiritu with Ditte Marie Bræin (soprano) and Martin Ødegaard (cantor) as soloists. The concert is a collaboration with the Periferien concerts series, and also includes works by Sarah Hennies and Morton Feldman.

Musicians from Aksiom will in collaboration with Aarhus-based quartet NJYD go on the Singsongs and Nitpickings tour in June, including a concert at the Klang Festival in Copenhagen:

For one reason or another, you have stumbled upon the newly updated web site of the new music ensemble Aksiom. Will this day change the course of your life? Probably not. But listen to our music on SoundCloud or Spotify, and the chances are likely to increase. 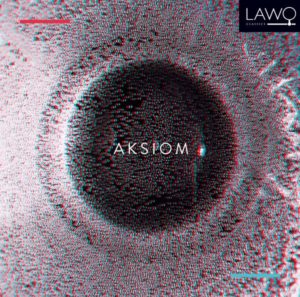